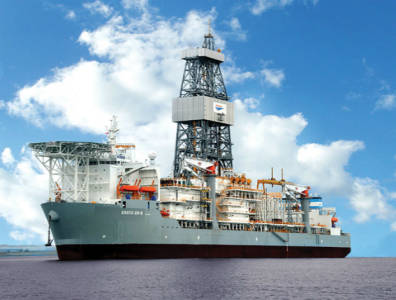 CAIRO, June 20, 2016 – BP on Monday announced a final investment decision on phase one of Atoll gas development project in Egypt, where it seeks to achieve first gas in 2018. Located in the deepwater North Damietta offshore concession area, the field’s planned early production system should result in volumes of some 8.5 mcm (300 mcf) per day.

Work to be carried out as part of phase one will include the installation of production tie-ins and the recompletion of the Atoll-1 exploration well, converting it into a producing well. BP will also be drilling two additional wells, utilising Ensco’s drillship DS-6. Drilling operations are set to commence in August, with the entire operation expected to last two years.

“Success of the Atoll Phase One EPS [early production system] could lead to further investment in the Atoll Phase Two full field development,” BP said in a statement. “Our confidence in the prospectivity of the area along with our ongoing commitment to Egypt and our successful history of partnership with the Ministry of Petroleum, EGPC [Egyptian General Petroleum Corporation] and EGAS [Egyptian Natural Gas Holding Company] is allowing us to fast track Atoll from discovery to production in less than three years, which is a significant achievement,” BP’s regional president for North Africa Hesham Mekaw said in comments.

Shell to make unconventional push
Next