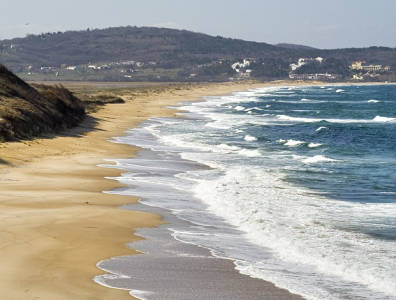 Bulgaria ramps up its energy portfolio

SOFIA, February 23, 2016 – Shell signed an agreement at the Bulgarian Council of Ministers to explore an offshore field in the Black Sea.

Bulgarian Minister of Energy Temenuzhka Petkova signed with the regional director of Shell International Exploration and Production, Eileen Wilkinson, for the prospecting of petroleum in Block 1-14 Silistar. The document gives the company a five-year permit for deepwater drilling in the 7,000 sq.km field. In an interview with Bulgarian National Radio on Monday, Petkova said the contract would bring EUR 4.9 million in revenue to the budget.

Shell plans to invest EUR 18.6 million in 2D- and 3D-seismic surveys. Initial exploration is expected to begin in February or March and will continue for three to four months.

“The licence that we have been awarded today allows us to evaluate the potential for oil and gas in offshore Bulgaria. This process can be quite a long process and with much uncertainty,” said Wilkinson.

The government is looking to explore its Balkan assets in an attempt to pull itself away from its almost complete dependence on Russian oil and gas imports. At the moment, 95% of Bulgaria’s gas demand is supplied by Russia’s Gazprom.

The move also comes at the same time as Cyprus eyes the country as a transit country for energy imports. “Bulgaria has a special role in our attempt to establish a new natural gas corridor from the eastern Mediterranean to Europe, either through existing or planned infrastructure,” Cypriot Energy Minister Giorgos Lakkotrypis said on Monday evening. The official will soon join Cypriot President Nicos Anastasiades on a visit to Bulgaria.

Talks have already begun on constructing a pipeline to attach the Greek city of Alexandroupoli to Bulgaria.