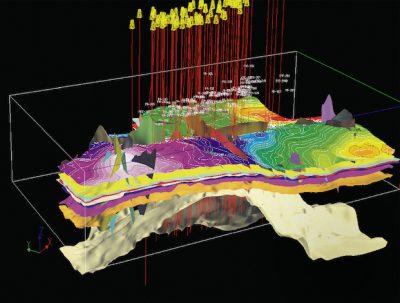 The contract is the most extensive marine seismic programme awarded in Colombia’s history. CGG previously completed a 5,500-square-kilometre Fuerte survey for Anadarko in 2013.

CGG’s flagship vessels, Oceanic Sirius and Oceanic Vega, will survey sections of the Col-1 and Col-2 blocks, beginning operations in the second quarter of 2015. The ships will each tow a 12 by 120 by 8,100-metre spread. Data processing will be handled by CGG’s subsurface imaging centre in Houston, Texas.

In a statement on CGG’s website, company CEO Jean-Georges Malcor said, “A project award of this magnitude underlines the confidence Anadarko has in our technology and expertise. We look forward to once again helping Anadarko reach its exploration goals in Colombia.”