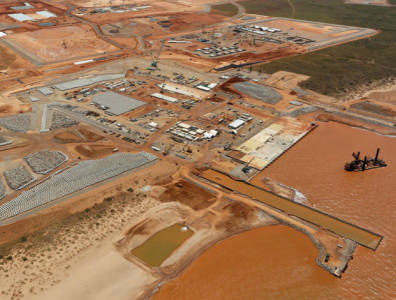 PERTH, April 19, 2016 – Chevron has inked a domestic gas sales agreement with local utility company Alinta Energy, the super-major announced on Tuesday. To be sourced from the Wheatstone LNG project from 2020 onwards, the deal will see Chevron supply some 537 mcm (19 bcf) per year for a duration of seven years.

Scheduled to start deliveries in 2018, Wheatstone has a maximum capacity of 5.4 mcm (191 mcf) per day. The project’s two LNG trains have a combined output of 8.9 million tonnes per year. LNG production is expected to be ramped up from mid-2017 onwards.

“This agreement is an important step in Chevron’s rapidly expanding domestic gas business in Western Australia and the establishment of our leading domestic gas portfolio across the Wheatstone, Gorgon and North West Shelf projects,” Roy Krzywosinski, the Chevron Australia managing director, said about the deal.

For news and features on the oil and gas industry in Australia, click here.

Siemens and Indonesia ink deals
Next