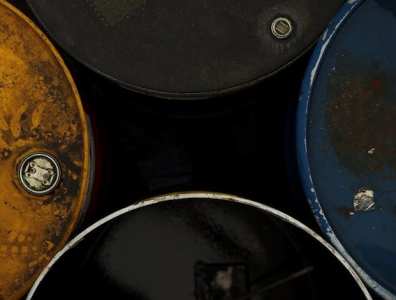 Elsewhere, Brent oil for October delivery on the ICE Futures Exchange in London added 0.5 cents or about 0.1% to $51.05 a barrel, after hitting a three-week low of $50.01 in the previous session.

Crude prices remained under pressure after U.S. government data this week revealed an increase in domestic production to the highest level in over two years.

However, crude oil inventories fell by 8.9 million barrels, according to the EIA figures, the seventh weekly decline in a row.

Oil prices have been under pressure in recent weeks as concern over rising U.S. shale output canceled out production cuts by OPEC and non-OPEC members.

Oil traders were also sensitive to overall risk-aversion on global markets after after a van rammed into pedestrians in a crowded tourist area of Barcelona on Thursday evening, killing at least 13 people and injuring 100 others.

The Islamic State claimed responsibility for the incident.

In addition, market participants continued to focus on current developments in Washington, where ongoing tensions fueled concerns over the U.S. administration’s ability to implement its political agenda.

White House Economic Adviser Gary Cohn denied rumors of his possible departure late Thursday. However the rumors underlined growing opposition surrounding Donald Trump, including from within his own political party.