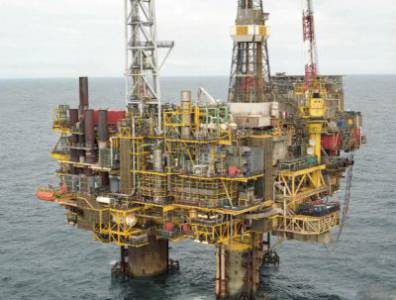 LONDON, April 9, 2020 – Oil markets surged Thursday, with investors becoming increasingly confident that the world’s main oil producers will agree to a hefty cut in output to try and balance a market suffering from a historic drop in demand following the coronavirus outbreak.

Expectations of a drastic reduction in output are growing after Russia’s energy ministry said Moscow was ready to reduce output by 1.6 million barrels a day as part of a deal that includes producers in the Organization of Petroleum Exporting Countries and its allies, a group known as OPEC+, and beyond.

This prompted Algerian Energy Minister Mohamed Arkab, who holds OPEC’s rotating presidency, to say that the emergency meeting of the OPEC+ coalition on Thursday will discuss a “massive output reduction.”

The market is now expecting this to translate into a reduction of around 10 million barrels a day for the next quarter. However, it isn’t clear what baseline they will use: actual output has increased sharply since the end of an agreement on production restraint in March. Saudi Arabia in particular is pumping more than 2.5 million barrels a day more than it was before that deal broke down.

“While this is around 15% of their total output and would be a meaningful cut, it would still be a struggle for the whole of OPEC+ to reach 10MMbbls/d, and therefore require the help of other oil producers if they are to get near this target,” ING analysts said in a research note.

Thursday’s OPEC+ meeting will be followed Friday by a get together by the G20 oil ministers, including those of the major oil producing nations Canada, Mexico and the US.

The extent to which US producers play ball may be the decisive factor in whether a daily cut of 10 million barrels can occur. A Federal dictate is legally impractical, so an agreement may depend on whether the OPEC+ members, particularly Russia, accept promises of supply reductions driven by market forces alone.

The US Department of Energy said earlier this week that US output was already declining, without government action, while the EIA stated that US crude production is expected to slump by an average of 470,000 barrels per day in 2020.

Even if a cut of 10 million barrels is agreed, it’s debatable whether that would balance a market awash with supply after the coronavirus outbreak resulted in vast swathes of the global economy shutting down.

After all the pandemic will turn global economic growth “sharply negative” in 2020, said the head of the International Monetary Fund said, triggering the worst fallout since the 1930s Great Depression.

“Ultimately, the size of the demand shock is simply too large for a coordinated supply cut, setting the stage for a severe rebalancing,” Goldman Sachs (NYSE:GS) said, in a research note.

While the possibility of a deal by the top producers could support prices in “coming days”, it would eventually lead to lower prices, the bank said, projecting downside risks to its near-term WTI forecast of $20 per barrel.

Oil up as anticipation of production cut grows
Next