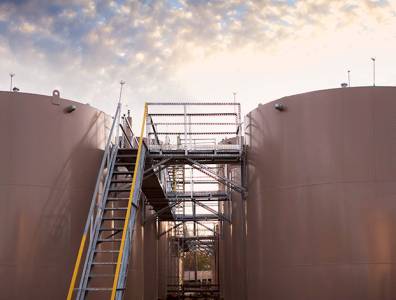 LONDON, April 14, 2020 – Oil prices were up in Asia on Tuesday as an emergency OPEC+ meeting finalized a 9.7 million-barrel cut in daily production on Sunday, the largest in its history.

The cut was 0.3 million barrels shy of the initial proposed cut, but Mexico held up the proceedings as it protested the number of barrels it was asked to cut.

“This is at least a temporary relief for the energy industry and for the global economy,” Rystad Energy’s head of analysis Per Magnus Nysveen told CNBC. “Even though the production cuts are smaller than what the market needed and only postpone the stock building constraints problem, the worst is for now avoided.”

US President Donald Trump also tweeted that it’s a “great deal for all,” which “will save hundreds of thousands of energy jobs in the United States.” He added in a further tweet overnight that the energy industry “will be strong again.”

But some investors remained skeptical because the cut comes too late to prevent an oversupply as the COVID-19 pandemic continues to bite the global economy.

“The output cut may help somewhat, but the market situation remains stacked against the producers, especially in the short-term,” Again Capital’s John Kilduff told CNBC. “Prices will likely grind lower, as the global backlog of crude oil grows. A retest of the $20.00 level is likely over the next few weeks.”

Crude oil gains ahead of key OPEC+ meeting
Next