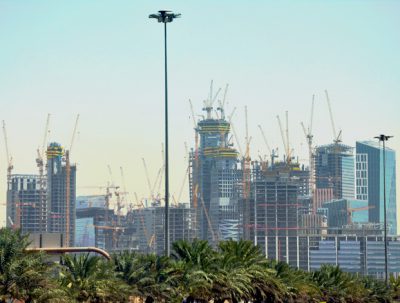 External balances to deteriorate in GCC amid depressed oil prices

RIYADH, March 10, 2015 – The external balances of GCC countries are to deteriorate according to projections of Moody’s, based on an average oil price of $55 per barrel in 2015 and $65 in 2016, with some countries to post current account deficits.

The credit rating agency’s forecasts suggest that Oman is the most vulnerable externally and, alongside Bahrain and Saudi Arabia, may have fiscal and current account deficits in 2015. However, Kuwait, Qatar and the UAE are expected to maintain both fiscal and external account surpluses.

“The UAE and Kuwait will remain in a comfortable position, for two different reasons: the UAE is a large exporter of non-oil goods and services compared with other GCC countries, while Kuwait’s persistently low public and private investment moderates imports,” Thomas Byrne, Senior Vice-President of Moody’s has said.

In terms of GDP, the effect of depressed oil prices will not be uniform. Strong government finances and ongoing projects will likely promote stable or even improving growth rates in 2015. In the cases of Bahrain and Oman, should investment projects be put on hold, projections suggest that a lack of a response to low oil prices will see growth slow significantly in the second half of the year.