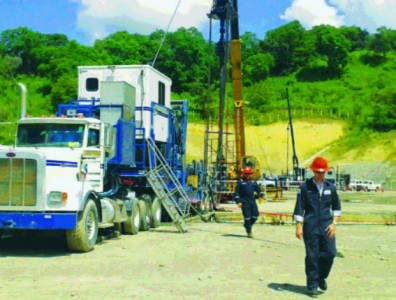 FAIRFIELD, October 28, 2016 – GE denied reports that it was seeking to buy Baker Hughes, the world’s third-largest oil and gas services provider, in a statement on Friday, though it said the two companies were discussing “potential partnerships.”

A Wall Street Journal report on Thursday cited anonymous sources saying the two companies were discussing a merger of their oil and gas businesses that could be worth more than USD 20 billion and could help US industrial giant GE spin off its troubled energy enterprises in a new company.

“While nothing is concluded, none of these options include an outright purchase,” GE’s press release said.

Baker Hughes and rival Halliburton abandoned a planned merger earlier this year after the US Department of Justice sued to block the deal and antitrust concerns continued to stir controversy in Europe as well.

At the time, the two companies had been in talks with GE to sell some of the assets that had attracted the most attention from regulators to it, the Wall Street Journal report added.

Baker Hughes shares closed up 7% on Thursday, down from an intraday high of 14% after an earlier report by the Wall Street Journal claiming that GE was seeking to buy the whole firm triggered denials.

A Baker Hughes-GE partnership “would have strategic logic, given there would be considerable complementarity of product offerings,” a Credit Suisse analyst, Julian Mitchell, told Bloomberg on Thursday, adding that a full acquisition would be more difficult to execute due to the size of the firms and uncertainty about support from Baker Hughes shareholders.

Baker Hughes posted a Q3 loss this week, but nevertheless beat the expectations of analysts who had expected it to end further in the red.