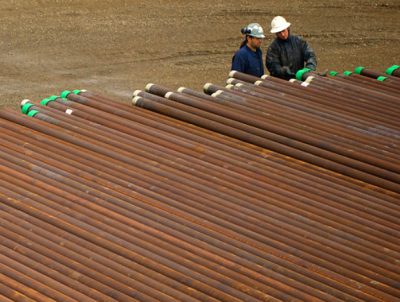 A production test with the use of an electric submersible pump showed a flow rate of 1,000 bopd at 2.34 bar through a 33/64-millimetre choke hole. The water cut is around 9%.

Additionally, GeoPark’s Tigana Sur-6 well was drilled to about 3,550 metres in the Guadalupe formation, where it hit oil with a gravity of 15 degrees API. The well test, also conducted with an electric submersible pump, indicated a flow rate of 1,600 bopd at 4.83 bar through a 52/64-millimetre choke hole.

Oil at the Tigana Sur-6 well has a water cut of 8%. The well in the Tigana field has already been put into production.

Following the success at these two wells, GeoPark CEO James F. Park noted in a statement that in 2017, the company would be pursuing a drilling programme of 30-35 wells, which are expected to yield “big rewards.”

GeoPark operates LLA-34 with a 45% interest, in partnership with Parex Resources (45%) and Verano Energy Barbados (10%). The block has seen seven discoveries since GeoPark entered in 2012.