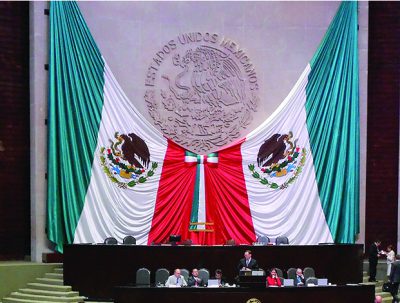 MEXICO CITY, August 24, 2016 – Mexico’s National Hydrocarbons Commission (CNH) is offering 12 blocks in the Burgos, Chiapas and Suroeste areas as part of the country’s second open bid round for onshore licences, it announced late on Tuesday.

The so-called Round 2.2 comprises 12 licensing areas, including five exploratory blocks as well as seven exploration-production blocks covering 39 producing oil and gasfields. Block sizes are expected to range between 340-480 square kilometres. The Ministry of Energy hopes for production from these licences to reach up to 100,000 boepd by 2025.

The call to bid will be released on Wednesday, August 24 in the Mexican official parliamentary gazette. The data room opening is expected in September, while a tentative bid opening date was set for April 5, 2017.

According to the CNH, this new bidding round aims at maximising production at existing fields while exploring for new resources. The Mexican government hopes to attract a wide range of companies to make up for the fall in domestic upstream activity, as state-owned Pemex announced budget cuts that will affect its E&P operations. Another objective is to increase gas and NGLs production to feed Mexico’s growing petrochemical industry.

Pemex’ crude oil production stood at 2.157 million bpd in July 2016, about 1% below the 2.178 million June figure. The cash-strapped NOC expects its production to average 2.13 million bpd in 2016. Crude production in Mexico is down by a third compared to its 2004 peak.

Mexico’s first onshore bidding round, dubbed Round 1.3, took place in December 2015 and assigned 26 of the 26 blocks offered to a wide range of companies, putting an end of almost 80 years of Pemex monopoly on exploration and production activities. In July 2016, the CNH launched its second shallow-water offshore round, set to offer 15 blocks off Veracruz, Tabasco and Campeche.

Another highly anticipated event is Mexico’s first-ever offshore deepwater round, announced for December 2016.