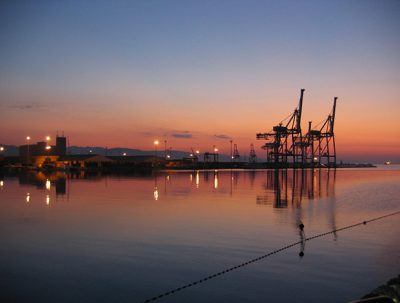 ISTANBUL, March 18, 2015 – US company Noble Energy is on the verge of declaring the commercial viability of the Aphrodite natural gas reservoir off the coast of Cyprus, Cypriot Energy Minister Yiorgos Lakkotrypis announced on Tuesday.
The Aphrodite field, located south of the island in Cyprus’ exclusive economic zone, is estimated to contain 129 bcm (4.54 tcf) of gas. Noble Energy made the discovery in late 2011.
In February, Cyprus and Egypt signed a memorandum of understanding for the possible use of Egypt’s LNG facilities to export gas from Aphrodite.
“This is very important for Cyprus because it will be the first time we go beyond the phase of hydrocarbons exploration to development and exploitation,” Lakkotrypis said after a meeting with Noble executives and Cypriot President Nicos Anastasiades, according to the Reuters news agency.
The development of the field could cause further conflict with Turkey, which has a large military force in northern Cyprus and does not recognise the Cypriot state. Ankara has previously warned the government in southern Cyprus against developing its hydrocarbons reserves unilaterally.