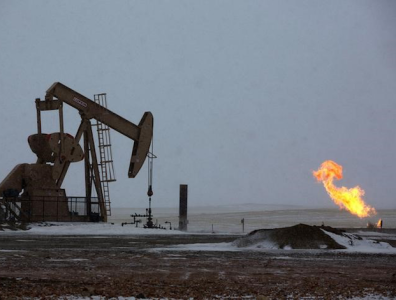 Oil down ahead of tropical storm

LONDON, October 6, 2017 – Crude oil continued to decline on Friday, as traders grew cautious due to the possibility of higher U.S. crude stocks caused by incoming tropical storm Nate and the closing of a number of oil facilities in the Gulf of Mexico.

Prices retreated as traders monitored tropical storm Nate which was heading toward the Gulf of Mexico and was expected to evolve into a hurricane by the weekend.

The commodity had benefitted earlier in the week from the prospect of extended oil production cuts by the Organization of the Petroleum of Exporting Countries.

Russian President Vladimir Putin on Wednesday said that a pledge by OPEC and other producers, including Russia, to cut oil output to boost prices could be extended to the end of 2018, instead of expiring in March 2018.

Though he made no firm pledge to extend the deal, Saudi Arabia’s energy minister said his country was “flexible” regarding suggestions to prolong the pact until the end of 2018.

Oil prices were well supported in recent weeks amid growing optimism that the crude market was well on its way towards rebalancing as data showed strong compliance from major producers with their supply cut agreement.

In May, OPEC and non-OPEC members led by Russia agreed to extend production cuts of 1.8 million barrels per day for a period of nine months until March 2018 in a bid to reduce global oil inventories and support oil prices.