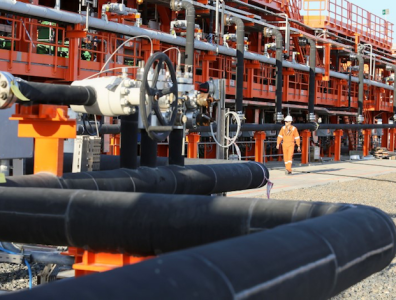 Oil down despite Asia boost

LONDON, October 29, 2018 – Oil prices inched down on Monday morning in Asia, despite a bounce in the region’s stock markets. Investors remained cautious after a sell-off last week that could indicate a global economic slowdown.

Hong Kong’s Hang Seng Index was up 0.24%, while Japan’s Nikkei 225 edged up 0.29%. Despite the uptick, the market is still rattled by global losses last week.

On the supply side, U.S. production is also expected to rise as drillers added two oil rigs last week bringing the number to 875, hitting the highest level since March 2015. Canada also raised one extra oil rig to 124 last Friday, up 28 from a year ago, according to energy services firm Baker Hughes’ report.

Saudi Arabia pledged to increase oil production to compensate for the downfall from U.S. crude sanctions on Iran starting next month, easing market concerns and likely pushing down prices.

The Kingdom’s energy minister Khalid al-Falih said that the country has “no intention” of imposing an oil embargo but will raise oil output to 11 billion bpd.

OPEC governor Adeeb Al-Aama also told Reuters last Thursday that the oil market might be shifting towards oversupply in the fourth quarter of 2018 as oil stocks build and demand slows.

“So we want to be watchful not to over-correct and cause a substantial inventory build,” said Al-Aama.

Elsewhere, Asia’s supply of crude is tight, as only 4 crude oil tankers around Singapore and southern Malaysia are currently filled, down from about 15 in the previous year and from 40 in mid-2016, according to Refinitiv Eikon ship tracking data.