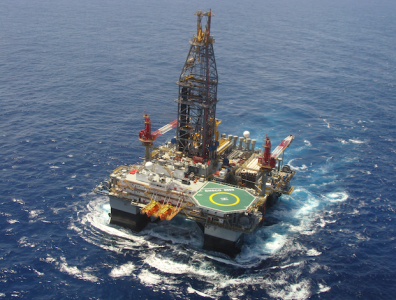 Oil drifts ahead of US rig count

HOUSTON, February 8, 2019 – Worry over global growth and uncertainty over how quickly Venezuelan sanctions will bite is keeping the oil market on a tight lid.

US West Texas Intermediate crude and UK’s Brent oil were little changed in New York’s early session on Friday as the market drifted without untoward worry over supply and demand before rig count data due at 1:00 PM ET (18:00 GMT) that could lend more direction.

The rig reading published by industry firm Baker Hughes showed a drop of 14 units last week to a nine-month low of 847. Analysts said that could reverse if WTI prices stay not far from $55 a barrel.

Lower growth forecasts by the European Union earlier this week had heightened fears of a global economic slowdown.

US President Donald Trump, meanwhile, said there would be no talks between him and Chinese President Xi Jinping before the deadline for a deal on March 1, raising new concerns about trade tensions between the world’s two biggest economies. Last week, Trump suggested that he would have a face-to-face with Xi in late February but ruled out such a meeting on Thursday.

In Venezuela’s case, two weeks after opposition leader Juan Guaido declared himself interim president in defiance of sitting leader Nicolas Maduro, the standoff between the two has settled into a kind of stasis. While dozens of countries have recognised Guaido, Maduro continues to control the Venezuelan state apparatus, including the military. For now, the competing presidents appear to be mustering allies and trying to determine their next moves and a prolonged stalemate is likely.

Likewise, the sanctions imposed by the Trump administration on the Maduro-controlled PDVSA oil company has had limited impact on crude prices so far.

Trump is counting on Saudi Arabia’s help to fill any oil supply gap caused by the sanctions on PDVSA while trying to prevent Saudi-controlled OPEC from formalizing a pact with Russia that would lift crude prices.

A bipartisan group of US senators have put together a bill for the Justice Department to sue members of OPEC for antitrust violations if the cartel tries to formalize its oil cooperation pact with Russia.

At the same time, refiners on the US Gulf Coast squeezed by the absence of Venezuelan oil have been told by White House officials not to expect any crude release from the Strategic Petroleum Reserve because they are “certain” the Saudis will boost crude exports to the US in coming weeks, energy reporting service Platts said on Thursday, citing a Trump administration source.

What makes the US position remarkable, Platts points out, is that Saudi officials have indicated no plans of making up for any shortfall in Venezuelan supply, as the OPEC cartel under their control has been busily cutting output to boost prices.