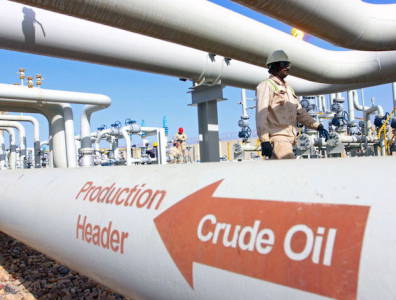 LONDON, July 17, 2017 – Oil prices were slightly higher in European trade on Monday, extending last week’s strong gains on signs that demand for crude will pick up during the second half of 2017.

Elsewhere, Brent oil for September delivery on the ICE Futures Exchange in London tacked on 24 cents, or about 0.5%, to $49.15 a barrel, after touching a more than one-week peak of $49.23.

WTI gained $2.31, or about 5%, last week, while Brent rose $2.20, or roughly 4.5%, aided by reports of accelerating demand growth from the International Energy Agency, crude oil import growth in China and falling crude stocks in the U.S.

U.S. drillers added two oil rigs in the week to July 14, energy services company Baker Hughes announced on Friday. This brings the total count up to 765, the most since April 2015, underlining concern that the ongoing rebound in U.S. shale production is derailing efforts by other major producers to rebalance the market.

In May, OPEC and some non-OPEC producers extended a deal to cut 1.8 million barrels per day in supply until March 2018.

So far, the production-cut agreement has had little impact on global inventory levels due to rising supply from producers not participating in the accord, such as Libya and Nigeria.

OPEC member Kuwait said on Friday it would be premature to cap Nigerian and Libyan oil production as the two African countries’ output needed to stabilize further.

A ministerial committee from OPEC and non-OPEC countries, which is headed by Gulf OPEC member Kuwait, will meet in Russia on July 24 to discuss compliance with the cuts.

Meanwhile, traders will also continue to pay close attention to comments from global oil producers for evidence that they are complying with their agreement to reduce output this year.

Elsewhere on Nymex, gasoline futures for August was little changed at $1.562 a gallon, while August heating oil was up less than half a cent to $1.518 a gallon.