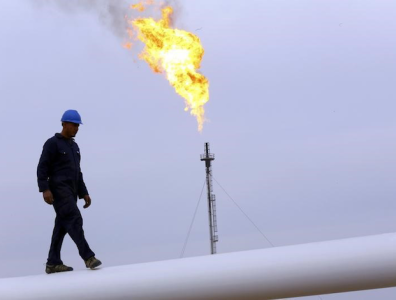 LONDON, November 10, 2017 – Crude oil prices held ground in early morning trade on Friday ahead of U.S. weekly rig count data that showed a dip in the previous week, but also with a sharp eye on the Middle East as tensions between Iran and Saudi Arabia, key OPEC members, simmer.

Saudi Arabia plans to cut its crude exports by 120,000 barrels per day in December compared with November, slashing allocations to all regions, Reuters reported Thursday, citing a energy ministry spokesman.

The reports of Saudi’s plan to reduce exports came as investor fears grew of instability in the Middle East after Saudi Arabia warned its citizens not to travel to Lebanon and urged the international community to impose fresh sanctions on Iran.

The escalating tensions between Saudi Arabia and Iran come after Saudi Arabia’s crown prince Mohammed bin Salman accused Iran of “direct military aggression” by supplying Houthi rebels in Yemen with missiles, one of which was fired towards the Riyadh on Saturday.

Analysts at RBC said the recent rally in oil prices is more sustainable than previous rallies, as geopolitical risk would play an increasingly larger “needle-moving” role as the excess oil supplies continued to narrow.

Bullish sentiment has been supported by expectations that the Organization of Petroleum Exporting Countries (OPEC) and other non-OPEC producers led by Russia will extend production cuts at a November 30 meeting until the end of 2018.

Still ahead on Friday, traders will watch the latest weekly data on U.S. shale production for signs that activity continues to decline.

Oilfield services firm Baker Hughes reported last week that the number of active U.S. rigs drilling for oil had fallen by eight to 729. That was the fourth weekly decline in five.

First oil at Malaysia’s Ophir
Next

Saudi Aramco in deals worth $4.5 bln