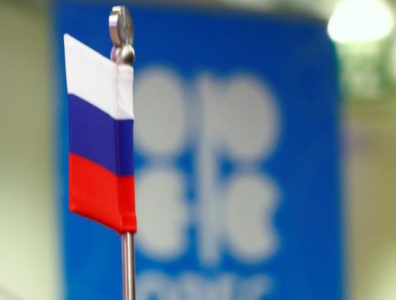 Oil struggles ahead of OPEC meeting

LONDON, July 24, 2017 – Oil prices wavered between small gains and losses in European trade on Monday, ahead of a highly-anticipated meeting of some oil ministers from OPEC and non-OPEC producers, who are gathering to discuss compliance with the cartel’s deal to cut production.

The monitoring committee meeting in St. Petersburg, Russia, includes OPEC members Kuwait, Algeria and Venezuela as well as non-OPEC countries Russia and Oman. Other ministers, from Saudi Arabia and elsewhere, could also participate as observers.

Market experts believe the ministers will likely recommend maintaining the policy of holding back output at current levels, but efforts will be made to bring Nigeria and Libya into the framework due to the recent recovery of their production.

Elsewhere, Brent oil for September delivery on the ICE Futures Exchange in London dipped 11 cents to $47.95 a barrel, after touching a more than one-week low of $47.81 on Friday.

WTI posted a nearly 1.7% decline last week, while Brent lost about 1.8%, as sentiment soured amid indications that supply from OPEC was set to rise, despite the cartel’s agreement to curb production.

In May, OPEC and some non-OPEC producers, such as Russia, extended an agreement to slash 1.8 million barrels per day in supply until March 2018. So far, the agreement has had little impact on global inventory levels due to rising supply from producers not participating in the accord, such as Libya and Nigeria.

The count is often seen as proxy for the outlook on domestic production.

Elsewhere on Nymex, gasoline futures for August was little changed at $1.558 a gallon, while August heating oil shed less than half a cent to $1.512 a gallon.