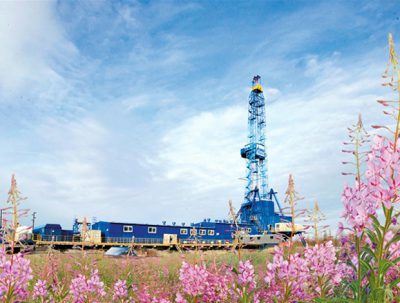 Oil Up, after overnight fall

LONDON, September 22, 2020 – Oil was up on Tuesday morning in Asia, as Tropical Storm Beta in the Gulf of Mexico weakened. However, strong falls came overnight as global COVID-19 cases made a resurgence, pushing WTI futures back below $40.

Oil prices were buoyed as Tropical Storm Beta decreased in power in the Gulf of Mexico, allaying concerns of an extended shutdown that began in the previous week with Hurricane Sally. Refineries in the region also plan to maintain production in the face of the forecast widespread flooding.

However, the COVID-19 crisis continues to deepen, with strong concerns about global demand arising from the latest data on the spread of the virus in major world economies such as the UK Further worries about the impact of the annual flu season in Europe and the US in combination with COVID-19 are also depressing the market.

“We had a pretty punchy risk-off session (overnight) … on fears around the risk that a COVID-19 resurgence starts to have negative impacts on demand again,” Lachlan Shaw, National Australia Bank’s head of commodity research, told Reuters.

Libyan oil looking likely to also land on the market after a six-month blockade increased oversupply concerns, though its arrival looks likely to be slowed by myriad technical difficulties.

Meanwhile, Shell (LON:RDSa) announced a massive restructuring plan, with cuts to new exploration and projects in both oil and gas of between 30-40%. The restructure, know as Project Reshape, is intended to transition Shell into the power and renewables sectors, turning away from its traditional focus.

“We had a great model but is it right for the future? There will be differences, this is not just about structure but culture and about the type of company we want to be,” a company source said.