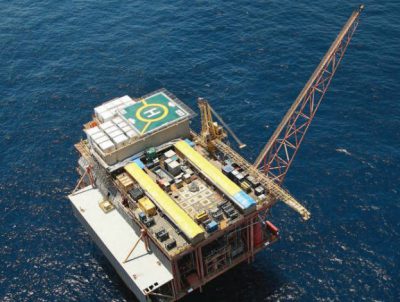 LONDON, September 16, 2020 – Oil was up on Wednesday morning in Asia after the American Petroleum Institute (API) recorded a massive draw in US crude oil inventories, but production disruptions in the Gulf of Mexico due to a hurricane ended the black liquid’s gains from the previous session.

The US Energy Information Administration (EIA) is due to release its own data later in the day.

Hurricane Sally is headed towards the US Gulf Cost but is not expected to make landfall until later in the day. More than 25% of US offshore oil and gas production was shut down on Tuesday, the second disruption since Hurricane Laura passed through the area in late August. Export ports were also shut down.

“Our current estimate for the total outage associated with the Sally weather system is between 3 million and 6 million barrels of oil over approximately 11 days,” Rystad Energy said in a note.

The shutdowns could ease oversupply worries by reducing stockpiles, but the storm also forced refineries to shut down, reducing oil demand.

Investors’ expectations of a fuel demand recovery remain weak, with global economies struggling to recover from the impact of COVID-19. The pandemic also continues to rage on, with almost 29.5 million cases globally as of September 16, according to Johns Hopkins University data.