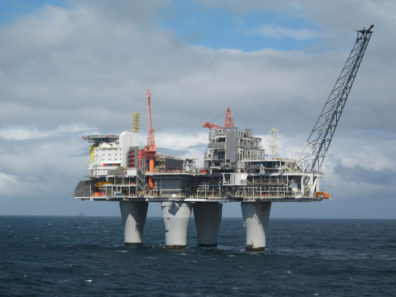 Oil up as fuel demand recovers

LONDON, February 2, 2021 – Oil was up Tuesday morning in Asia, climbing to its highest level in more than two weeks as a strong market and expectations of a global economic recovery from Covid-19 spurred fuel demand recovery hopes.

On the production side, Saudi Aramco (SE:2222) estimates that demand will return to pre-Covid-19 levels later in the year, adding that it is confident the worst of the pandemic is now in the rearview mirror.

Royal Dutch Shell (LON:RDSa), on the other hand, purchased five cargoes of North Sea crude and is bidding for another seven on Monday, a move seen as a raid on the North Sea physical oil market as part of a forceful trading play.

Shell’s purchase was the most cargoes of benchmark grades in a single day in ten years in the S&P Global (NYSE:SPGI) Platts pricing window. It also comes amid signs of tightening in Brent futures as the Organization of the Petroleum Exporting Countries and its partners, or OPEC+, continues its production cuts.

Brent futures also showed signs of backwardation, with the second-month contract the most expensive versus a month later in more than a year.

However, the outlook for Asian transport fuels has worsened, as the re-emergence of Covid-19 cases in the region sees restrictive measures such as lockdowns. This is also likely to spur more diesel and gasoline exports from China, the world’s largest fuel importer.

“It’s hard to see whether or not today’s upward pricing is going to be sustained … what we’ve seen is the market will get these fits-and-starts rallies,” Commodity Research Group senior partner Andrew Lebow told Bloomberg.

Meanwhile, OPEC+’s Joint Technical Committee is due to present its assessment to the Joint Ministerial Monitoring Committee (JMMC) that will meet on Wednesday.

The focus will be on how much supply will be added to the market after OPEC decided to keep output unchanged in February and March during its January meeting. Although crude production was increased as agreed to in January, the monthly change was barely two-thirds of the scheduled amount thanks to disruptions in Nigeria and Libya offsetting exports from the cartel’s Persian Gulf exporters.

Investors also await US crude oil supply data from the American Petroleum Institute, which is due later in the day.

Oil up, reverses earlier losses
Next