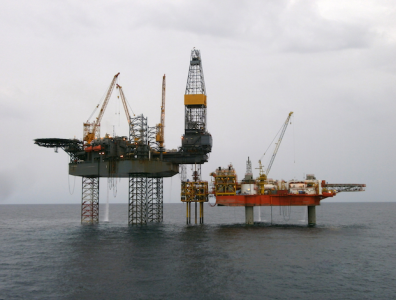 LONDON, December 3, 2020 – Oil was up on Thursday morning in Asia, even as oil producers including Russia and Saudi Arabia remained deadlocked over the extension of production cuts, and the US saw a smaller-than expected draw in crude oil supply.

Saudi Arabia and Russia locked horns over whether production cuts of 7.7 million barrels per day, implemented earlier in the year, should be extended due to poor fuel demand due to Covid-19. The Organization of the Petroleum Exporting Countries (OPEC) and allies (OPEC+) is set to resume discussions on the matter at the full ministerial meeting due to take place later in the day.

The meeting, delayed from the originally scheduled date after earlier talks saw no consensus on the cuts, will see the cartel set policies for 2021 as well. OPEC+ is expected to roll over the cuts until March 2021 at least during Thursday’s meeting.

However, with a slew of positive covid-19 vaccine news driving a rally in oil prices at the end of November, OPEC leader Saudi Arabia took the lead in questioning the need for tighter production cuts.

The questions are only likely to get louder after the UK’s Medicines and Healthcare products Regulatory Agency approved BNT162b2, the vaccine candidate jointly developed by BioNTech SE (F:22UAy) and Pfizer Inc (NYSE:PFE), on Wednesday.

Delegates themselves also seemed divided on whether this consensus could be reached, with an OPEC delegate telling Reuters, “things are heading towards a compromise,” while two other sources said more talks were needed.

“Any sign that the group is struggling to reach an agreement could weigh on prices,” ANZ Research said in a note.

Data released by the American Petroleum Institute on Tuesday showed a 4.146-million-barrel build.

Outside the US data from Venezuela’s state-run Petróleos de Venezuela, S.A (PDVSAO) and Refinitiv Eikon showed that Venezuela’s crude exports almost doubled in November, adding to worries of an oversupply.