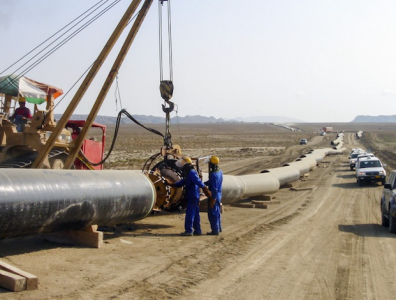 VIENNA, June 22, 2018 – Oman’s oil minister has said the country will proceed with plans to build a USD 1.5-billion gas export pipeline from Iran despite the reinstatement of US sanctions.

Minister of Oil and Gas Mohammed Al Rumhy made the announcement to media on Thursday ahead of OPEC meetings on Friday.

“We are still going ahead,” he said. “Formally, we are still waiting for the detail of the sanctions. On paper we’re sending the tender documents to companies interested all over the world.”

In April 2018, Al Rumhy had said a tender for the construction of the pipeline would be held the following month. He also said that work related to seabed surveys, design of the pipeline and its accessories as well as the compressor stations had been completed.

However, US President Donald Trump’s May 8 declaration that his administration would reimpose sanctions on Iran cast a shadow over the project. Al Rumhy’s Thursday comments indicate a strong commitment from the Omani side to see the project through.

The governments of Iran and Oman signed an agreement in 2013 for the construction of the 400-kilometre pipeline, comprising both onshore and offshore segments. The pipeline is to transport 28.3 mcm (1 bcf) per day of Iranian gas to the Omani industrial hub at Sohar, where around a third of the gas will be destined for liquefaction at the Oman LNG plant.