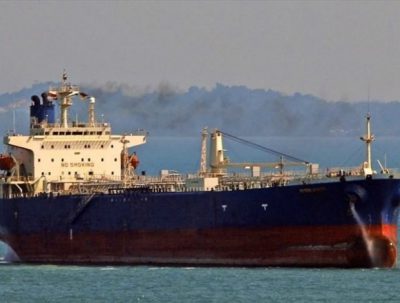 MELBOURNE , February 28, 2017 – Octanex has chosen a vessel to convert into an FPSO for Malaysia’s Ophir oilfield development, the company announced on Tuesday.

The oil tanker Puteri Bangsa has been purchased by MTC Engineering and is set to be converted to an FPSO for work on the offshore field. The newly named ship, the MTC Ledang FPSO, will have a capacity to process 15,000 bopd and store 350,000 barrels of oil. The asset will connect to the platform via a flexible 8-inch pipeline.

The Ophir project consists of three production wells, a single wellhead platform in addition to the new FPSO on Block PM305, offshore Terengganu. The project originally intended 5.2 million barrels of oil pumped over the three-year lifespan of the field, with that number being contested by more recent reservoir studies by Octanex, showing a production estimate of 6.7 million barrels.

The estimated USD 135 million it would take to develop the field has been drastically reduced to USD 90 million, excluding the cost of the FPSO. Production from the development field is expected to start in the second half of 2017.

In November 2016, field partner Octanex announced that a contract was signed with UMW Oil & Gas to supply a jackup drilling rig, the Naga 2, for the Ophir oilfield to drill three production wells.