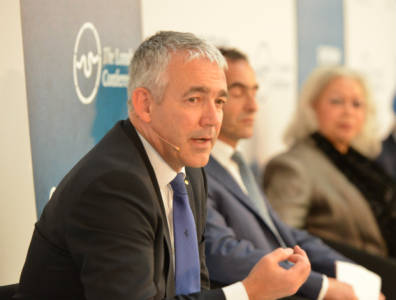 Shell plans exit from up to 10 countries

LONDON, June 8, 2016 – Shell plans on liquidating USD 30 billion in assets in up to 10 countries by 2018, Simon Henry, Shell’s chief financial officer, said at a presentation in London on Tuesday.

Although the countries the company plans on exiting were not named, continued interest was expressed towards Qatar, Malaysia, the UK, Norway and Kazakhstan. The super-major plans on selling its Gabonese assets, according to Reuters.

Although attacks on oil and gas infrastructure in the Niger Delta region have halted major operations, Shell CEO Ben van Beurden said the company planned to continue operations in Nigeria, particularly in LNG and deepwater.

The company plans on streamlining its operations towards shale production in North America and Argentina, biofuels, hydrogen, solar and wind.

The company is under a lot of pressure to rid itself of debt, which rose to almost USD 70 billion after merging with BG Group in February. It has lowered its planned annual capital investment in 2016 to USD 29 billion, down USD 1 billion from last year. The firm forecasts spending between USD 25 billion-30 billion per year over the next decade.

Angola rolls out LNG
Next