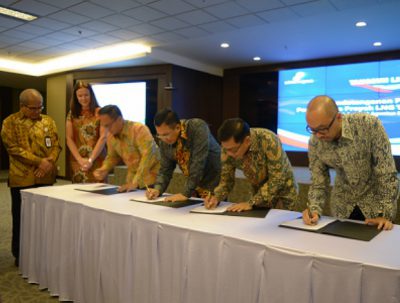 Closed last week, the deal will see Jogmec back Nippon Oil Exploration KG Berau Petroleum and KG Wiriagar Petroleum with a liability guarantee in the range of USD 416 million. Last week also saw a consortium of international and local banks rally behind the project, which will raise LNG output by 3.8 million tonnes per year to reach 11.4 million tonnes through the addition of a third LNG train. On August 3, BP and Indonesian industry regulator SKKMigas closed a loan agreement worth USD 3.74 billion.

According to SKKMigas, the deal saw the Indonesian banks involved – Bank Mandir, Bank Negara Indonesia, Bank Rakyat Indonesia and Indonesia Infrastructure Finance – back an oil and gas project for the first time in history. Mizuho Bank, Bank of China, China Construction Bank and BNP Paribas are among the international Lenders. Finally, another USD 1.2-billion loan for the project will be provided by Japan Bank for International Co-operation.

The engineering, procurement and construction contracts for the expansion work are expected to be awarded in Q3 2016. The Tangguh LNG facility’s third train will enter into operations by 2020.