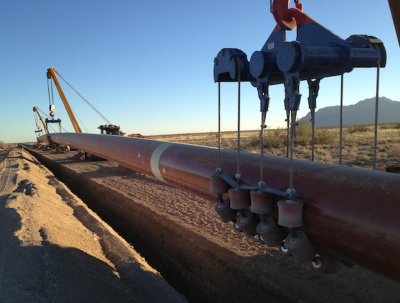 TransCanada is moving forward with work on the Villa de Reyes and Tuxpan-Tula gas pipelines in other regions. The lines, together worth more than USD 1 billion, have so far experienced combined delays of more than 56 months, Argus reported.

“The social and legal uncertainty that prevails in [Hidalgo] state makes the continuity of our investments impossible,” the company said in a statement quoted by the Houston Chronicle. “On multiple occasions, social groups have made irrational requests that border on extortion and have performed acts outside the law.”

The Tuxpan-Tula pipeline will connect to the major Sur de Texas pipeline, enabling the flow of gas from the southern USA to central Mexico. Villa de Reyes will link up with Tuxpan-Tula, allowing 25.1 mcm (886 mcf) of gas per day to flow further into the country’s interior.