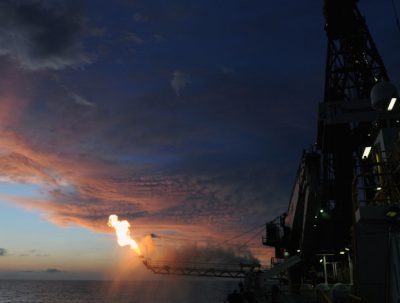 MIAMI, October 12, 2018 – Crews began returning to oil and gas platforms in the US Gulf of Mexico after having been evacuated ahead of Hurricane Michael’s landfall as a Category-4 storm, international media reported Thursday.

Operations at more than 90 offshore platforms were shut down, reducing oil and gas output by 42% and 32%, respectively. Altogether, producers lost around 1.7 million barrels of output by Wednesday due to halted activity.

Operators say it will be several days before activity is restored to pre-hurricane levels.

Despite Hurricane Michael being the worst to ever to hit the Florida coast, overall oil and gas prices are not expected to be severely impacted, due to rising US shale production. Petrol and diesel prices are also unlikely to be affected significantly, as only one refinery suspended operations, Chevron’s Pascagoula facility in Mississippi.