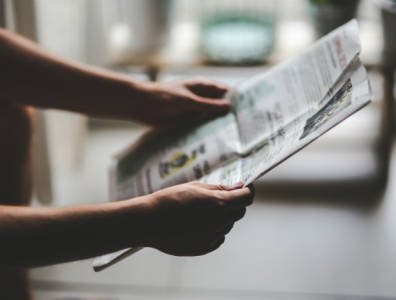 DUBAI, February 25, 2017 – The news of the past week revolved around major deals in Abu Dhabi, a fresh oil find and additional reserves in Iraq and a slew of annual results announcements.

Iraq has updated its proven oil reserves figures, Minister of Oil Jabar Al Luaibi announced on Sunday. The second-largest producer in OPEC now boasts 153 billion barrels in proven crude reserves, up 7% from the figure communicated in recent years: 143 billion barrels. Despite the increase, the reserve base remains the fifth-largest in the world, behind Venezuela, Saudi Arabia, Canada and Iran.
The following day, Iraq and Iran agreed to look into the construction of an export pipeline to transport crude from Kirkuk to Iran. A memorandum of understand (MoU) to that end was signed in Baghdad by Iraqi Minister of Oil Jabar Al Luaibi and his Iranian counterpart, Bijan Namdar Zangeneh.
Three weeks after Lukoil vice-president and head of Middle East upstream Gati Al Jebouri alluded to the probability of an oil find in Iraq, partner Inpex on Wednesday said the couple had struck a “highly productive reservoir.” The discovery was made in Block 10, where exploration drilling began late last year. Tests of the Mishrif discovery confirmed a daily production capacity of more than 8,000 bopd, Inpex added.
Later in the week, Rosneft and the Kurdistan Regional Government signed an agreement on pre-financing oil exports from the semi-autonomous Kurdistan Region of Iraq. While Rosneft is not the first in the race to market Kurdish crude – it joins commodity traders Glencore, Petraco and Vitol – the Russian entity is the first oil major to do so.

There was upbeat news from BHP Billiton, Woodside Petroleum and Repsol, which all posted results this week. BHP Billiton revealed an attributable profit of USD 3.2 billion. The company’s earnings before interest, taxes, and amortization came out at USD 9.9 billion. It was also able to achieve a 23% year-on-year reduction in net debt to just over USD 20 billion. Woodside reported a net profit before one-time items of USD 868 million.
Repsol’s net income over 2016 was its highest in four years, the company announced on Thursday up the release of its full-year results. The Spanish major reported a net income of USD 1.736 billion for last year, along with an increase in earnings before interest, taxes, depreciation and amortization (EBITDA) and a reduction in debt. The company’s EBITDA came out at USD 5.2 billion, up 18% over the USD 4.4 billion achieved in 2015. Net debt was reduced by 32% to USD 8.14 billion.

Other reports included Iran’s shale oil discovery of an estimated 2 billion barrels. In related Iran news, a Russian official said on Monday that his country was targeting a deal for the import of gas turbines from Iran in a bid to evade EU sanctions. The turbines would be destined for power plants in Crimea. Russia also aims to begin purchases of 100,000 bopd from Iran within 15 days, the Iranian petroleum minister said on Tuesday. Minister of Petroleum Bijan Namdar Zangeneh told Iranian student news portal ISNA that both sides were ready to sign a deal, following a meeting with his Russian counterpart, Alexander Novak

India will hold an exploration licensing round in June, a government official was quoted as saying on Wednesday. The first-such auction in seven years, the process will be guided by PwC and will allow interested parties to delineate blocks based on the available data as opposed to the areas being defined by the government.
Mexican Undersecretary of Hydrocarbons Aldo Flores Quiroga on Thursday confirmed that Mexican oil and gas authorities are planning a deepwater tender at the end of 2017 as part of the Round Two bidding process. Speaking to Bloomberg, the undersecretary elaborated on plans to auction off two blocks in areas where tensions with local communities have recently been on the rise. These blocks, located in the state of Chiapas, are scheduled to be offered in Round Two.