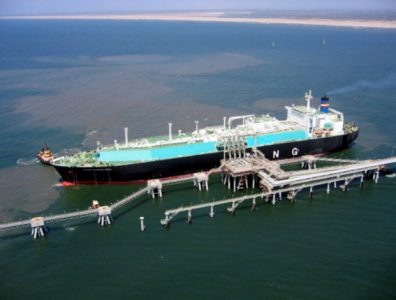 He pointed to a slowdown in gas output from the Bolloros field from an average 36 mcm (1.2 bcf) per day in 2013 to 27 mcm (900 mcf) at present, combined with increased domestic needs, as the main causes for the reduced volume available for Idku. BG’s contract with the Ministry of Petroleum stipulates that that the plant is to be supplied with 33 mcm (1.1 bcf) of natural gas per day. A company official stated Idku receives only 3 mcm (100 mcf) of that volume.

In order to ensure sufficient revenue for simple operational costs and overhead, at least 22 shipments of LNG are necessary on a yearly basis. The factory spends about $390 million to operate and maintain liquefying units. While options such as imports from Israeli offshore gas fields and proposed developments in Cyprus have been touted as options to feed into the facility, they are still years away from commercial production and the losses are being felt by the operator BG.

In related news, BG announced last week it had received a sum equivalent to $350 million as part of the Egyptian government’s efforts to repay its debt to the oil and gas industry. BG’s receivables balance was reduced to some $920 million.