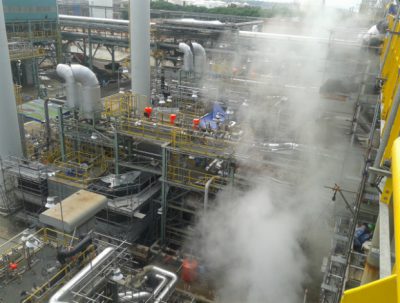 The scope of Amec Foster Wheeler’s contract, expected to last for nine months, is to carry out the basic engineering design study and lay out the scope of the project as well as to fine tune process configuration and licensors’ packages. “This is a strategic project for Indonesia’s oil and gas industry, in one of Asia’s fastest growing economies with a growing energy demand,” the company’s president for Asia, Middle East, Africa and Southern Europe, Roberto Penno, said in a press release.

The award follows the heads of agreement between Pertamina and Aramco signed in November 2015 and is part of the wider drive to expand Indonesia’s refining capacity. Projected to cost some USD 4 billion-5 billion, the Cilacap expansion will see refining capacity increase from 348,000 bpd to 370,000 bpd. Indonesia’s rising fuel demand is estimated to hit 2.6 million bpd by 2023.

On Thursday, government officials also elaborated on the country’s plans to increase its strategic petroleum reserves (SPR). According to Minister of Energy and Mineral Resources Sudirman Said, work to that end will start before year-end 2016. “This year, we already got an allocation of 800 billion rupiah [USD 61.1 million] from the state budget for the SPR, so we can start to have it this year,” he said. The country aims to be able to cover 30 days with its SPR, equivalent to some 45 million barrels.