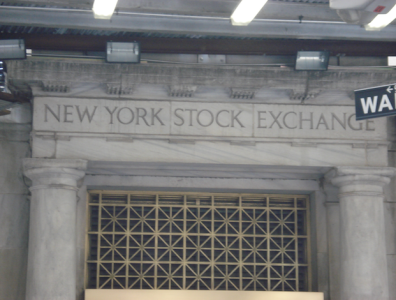 RIYADH, February 21, 2017 – Reports on Monday that Saudi Arabia prefers New York to other stock exchanges came as the latest twist in a tortuous intrigue surrounding the Saudi Aramco IPO.

While the company received its first independent audit last month and reportedly hired four banks to help out with next year’s IPO, projected to be the world’s largest to date, media speculation has intensified in recent days, with reports suggesting that the offering might be delayed by a year or longer.

According to a Reuters report last Friday, the IPO faces significant hurdles, not least of which is the 85% tax rate and 20% royalty rate the firm presently pays to the government, which could significantly reduce the value of Aramco, currently estimated at about USD 2 trillion.

“Assuming a high price of USD 70 per barrel, production at 10 million bopd, production costs of USD 10 per barrel, a 20% royalty payment, an 85% tax rate, and a 70-year production period, I calculate a net present value of only USD 251 billion at a 10% discount rate,” added Boslego in his analysis.

“If they reduce the tax rate to 50%, as is being discussed, the NPV only goes up to USD 419 billion. Furthermore, the government cannot meet its budget if it reduces its tax rate that low.”

Among other dilemmas is whether the government would forego control over production decisions in order to make the company more attractive to investors and more compliant with the regulations of foreign stock exchanges. This could reduce Saudi’s leverage at OPEC and the international political stage, and Saudi officials have in the past vowed to keep such decisions a sovereign government prerogative.

“Why would an investor buy shares in a company if the board has no say on production decisions,” an anonymous industry source rhetorically asked Reuters. “If the Saudi government decides it wants to cut production, then Aramco will cut and lose market share to rivals.”

To address these challenges, the Reuters report added, Saudi officials are currently considering two major options to restructure Aramco ahead of the IPO into a specialised international oil company or as a global industrial conglomerate.

“Perhaps they can carve out a small piece of Aramco and declare a new royalty and tax rate for that entity,” wrote Boslego. “But it would not be an IPO for Aramco.”