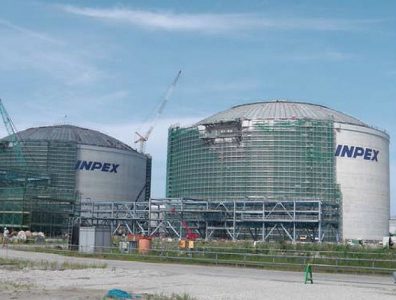 TOKYO, April 5, 2016 – Japan’s Inpex has signalled that it expects to book impairment charges for 2015 on account of lower oil prices. The charges, estimated at some USD 606 million, will impact upon the company’s net income over last year, Inpex announced on Tuesday. Income over 2015 is forecast to be halved to USD 236 million

The main culprit was the Lucius oilfield in the US Gulf of Mexico, where Inpex recognised an impairment loss of some USD 231 million. There were other one-off losses from a shale gas endeavour in Canada, the JPDA06-105 Block in East Timor’s joint petroleum development area and Block 14 offshore Angola.

Inpex last month also suffered a setback on its proposed offshore Abadi LNG project in Indonesia. With the government opting for a land-based facility, the company on Monday was asked to submit a new development plan for the plant, capable of processing 7.5 tonnes of LNG per year. Expected to cost at least USD 14 billion, Abadi will process gas from the Masela production-sharing contract area, estimated to hold more than 283 bcm (10 tcf).

Final approval for BP settlement
Next