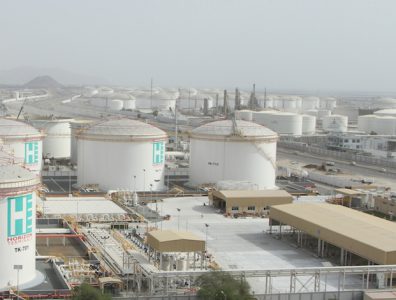 TEHRAN, February 4, 2015 – Iran is seeking to attract new buyers for its oil in the hope sanctions are lifted, even as its fuel oil surplus is being sold on the open market relabeled as Iraqi product, according to two Reuters reports.

Quoting unnamed sources Reuters said that Iranian fuel oil is being mixed with other products and sold accompanied with documents identifying it as Iraqi oil, sometimes after being transferred ship to ship and often through the UAE port of Fujairah.

Tankers have been switching off their automatic tracking devices to conceal the origin of the fuel oil estimated to amount to hundreds of thousands of barrels per month.

Iran is seeking companies to take on legitimate long-term contracts for its oil, in the event that negotiations with the west over its nuclear programme are successful.

The new contracts offer better terms than pre-sanctions contracts and durations of up to 25 years, however buyers are said to be reluctant to sign any kind of agreement before sanctions are officially lifted.

Sanctions applied in response to Iran’s disputed nuclear programme have halved Iranian oil exports to little more than 1 million barrels per day since 2012.