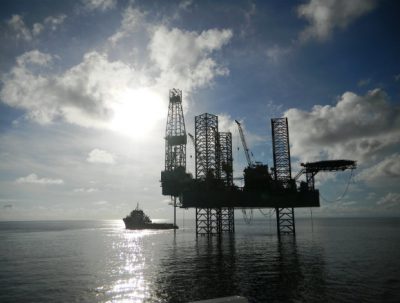 STOCKHOLM, February 13, 2017 – Sweden’s Lundin Petroleum made several big announcements on Monday, including of an exciting discovery in the southern Barents Sea and a proposed spin-off of its non-Norwegian assets into a new company.

After striking oil and gas in its main well in the Filicudi prospect, which holds resources estimated at between 35 million boe and 100 million boe, the company is now drilling a sidetrack, Lundin said in a statement.

“The well encountered a gross 129 metres hydrocarbon column of high quality sandstone reservoir characteristics, with 63 metres of oil and 66 metres gas in the Jurassic and Triassic targets,” the release added.

Meanwhile, after hailing days ago a “record-breaking” 2016 during which production went up over 100% to 72,600 boepd, Lundin also said on Monday that its board of directors had proposed a spin-off of its assets in Malaysia, France and the Netherlands into a new firm, to be called International Petroleum Corporation.

“With the spin-off, Lundin Petroleum will become fully focused on Norway, which I am convinced will serve to further crystallise the value of our high-growth asset portfolio in the North Sea and the southern Barents Sea,” Ian H. Lundin, the chairman of the company’s board, said in a statement.

“The spin-off of our international assets into IPC creates an exciting new company with a strong balance sheet and a proven Board and management team.”

Also on Monday, Lundin released its 2017 production guidance. Output in the Norwegian assets, which currently account for 96% of the company’s reserves, is projected to be between 70,000 and 80,000 boepd, while guidelines for the new IPC project an output between 9,000 and 11,000 boepd.