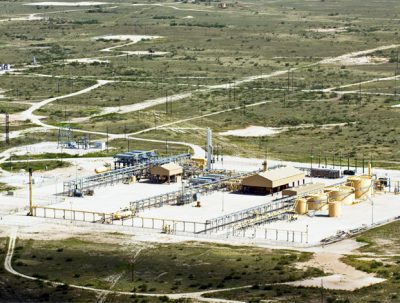 HOUSTON, August 3, 2016 – US independent Occidental Petroleum posted a net loss of USD 139 million over the second quarter of 2016 on Wednesday on account of lower oil prices, which impacted upon the company’s sales.

Year-on-year sales were down by some USD 710 million to reach USD 1.63 billion. And while the company’s quarterly loss was an improvement over the USD 426 million posted in the first quarter of 2016, it is still shy of the USD 176 million second quarter profit a year earlier.

Average production was more or less flat at 653,000 boepd, 4,000 boepd less than during the first three months of 2016. The year-on-year decline was a mere 65,000 boepd. International production volumes were able to offset the decline in output in southern Texas. Occidental reaped the benefits of additional production from Abu Dhabi’s Al Hosh Gas project and the ramp up of Block 62 in Oman, which contributed to a 53,000-boepd year-on-year increase in international output.

“We ended the second quarter with $3.8 billion in cash, which is nearly $600 million more than the previous quarter,” Oxy President and CEO Vicki Hollub said. “Our strong balance sheet provides us with the flexibility to pursue attractive opportunities, including reinvesting in the business, while allowing us to deliver on our commitment of returning cash to our shareholders,” she added.