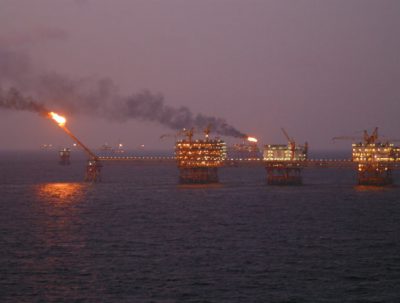 LONDON, September 25, 2019 – Oil prices were down on Wednesday in Asia amid demand concerns as Sino-US trade talk optimism diminished.

The fall in oil prices came after US President Donald Trump struck a combative tone against China in his address to the UN assembly in New York.

“Not only has China declined to adopt promised reforms, it has embraced an economic model dependent on massive market barriers, heavy state subsidies, currency manipulation, product dumping technology transfers and the theft of intellectual property and also trade secrets on a grand scale,” the president said.

The president also said he would not accept a “bad deal” in US-China trade negotiations.

His comments came as the two sides prepared for planned trade negotiations in October.

China is the world’s largest oil importer and second-largest crude user while the US is the largest consumer.

Also weighing on oil prices today were reports that Iranian President Hassan Rouhani said he was willing “to discuss small changes, additions or amendments to (the) nuclear deal if sanctions were taken away.”

Rouhani was referring to the 2016 nuclear pact that Tehran had agreed with the US and other foreign powers. Trump tore up that agreement last year, calling the initiative by his predecessor Barack Obama, “the worst deal ever” and reimposed sanctions on Tehran.

Trump, who later addressed the assembly, said “no responsible government should subsidize Iran’s bloodlust”, referring to the constant “Death To America” chants by the Islamic Republic.

“As long as Iran’s menacing behavior continues, sanctions will not be lifted,” said the president, who reinstated a US oil embargo on Iran last November after pulling out of the 2016 nuclear pact earlier in the year. “They will be tightened.”