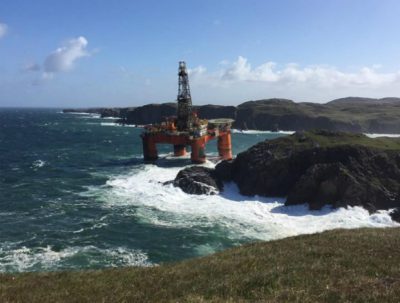 Oil down on reassessment of Sino-US talks

LONDON, October 15, 2019 – Oil prices fell on Tuesday in Asia after reports overnight said the US and China still have some details to iron out before finalizing a partial trade deal.

Bloomberg reported that China wants to hold more talks this month to discuss details of the “very substantial phase one” trade agreement touted by US President Donald Trump. That contrasted with the US president’s contention that the two sides were closer to an agreement.

“We were celebrating traction in the US-China trade talks, but once again China did not sign the agreement and warned to keep the champagne on ice after phase one of the trade deal,” wrote Dan Flynn, a commodities analyst at Chicago’s Price Futures Group.

The Bloomberg report added that even if the two sides managed to agree on a deal, existing tariffs would not be rolled back and thus slowing economic growth would remain a major concern for the oil market.

Traders now await the weekly crude stockpile data due tomorrow and Thursday. Inventories rose by 9.5 million barrels over the four weeks through Oct. 4, according to Energy Information Administration data.