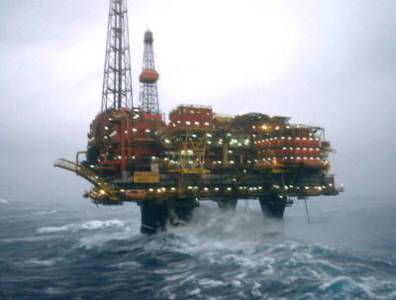 LONDON, April 17, 2020 – Oil prices were up in Asia on Friday as Russia and Saudi Arabia hinted at further production cuts.

The two producers said overnight that they were open to further output cuts on top of the almost 10-million-barrel cut agreed upon by OPEC+ earlier in April. They will “continue to closely monitor the oil market and are prepared to take further measures jointly with OPEC+ and other producers if these are deemed necessary,” Russian Energy Minister Alexander Novak and his Saudi counterpart Prince Abdulaziz bin Salman said in a joint statement.

OPEC lowered its global oil demand forecast overnight as oil prices have plunged more than 10% since the OPEC+ deal.

Although several countries committed to increasing purchases of oil for their strategic stockpiles, Commerzbank (DE:CBKG) analysts told CNBC that the purchases “would accommodate 23 million barrels, which would normally constitute a massive additional reserve but these days would only just be enough to cope with one weekly increase in stocks.”

Some investors remained skeptical that the OPEC+ cuts will alleviate oil’s current oversupply glut until they get more clarity.

“Low prices are here to stay until there is some clarity on when and by how much non-OPEC+ countries will chip in with additional production cuts,” analysts at Rystad Energy told CNBC.

Others stated the importance of non-OPEC members, such as the United States, also decreasing production.

Oil prices up despite clear signs of oversupply
Next

Oil down on continued oversupply worries