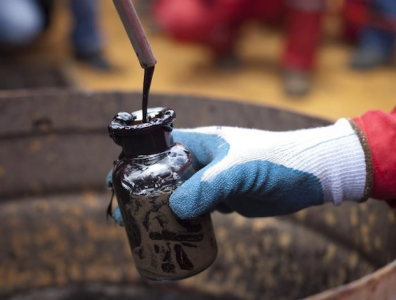 Oil prices waver ahead of US data

LONDON, January 24, 2018 – Crude prices were largely unchanged on Wednesday, amid speculation weekly supply data due later in the day will show an increase in U.S. oil and fuel supplies.

The U.S. Energy Information Administration will release its official weekly oil supplies report for the week ended Jan. 19 at 10:30AM ET (1530GMT).

After markets closed Tuesday, the American Petroleum Institute said that U.S. oil inventories rose by nearly 4.8 million barrels last week. It was the first increase in ten weeks and compared with analysts’ expectations for a decline of around 1.0 million barrels.

There are often sharp divergences between the API estimates and the official figures from EIA.

Oil prices have risen almost 50% from around $43 a barrel in June, benefiting from production cut efforts led by the Organization of the Petroleum Exporting Countries and Russia. The producers agreed in December to extend current oil output cuts until the end of 2018.

Analysts and traders have recently warned that U.S. shale oil producers could ramp up production as they look to take advantage of higher prices, potentially derailing an OPEC-led effort to curb excess supply.

In other energy trading, gasoline futures were steady around $1.908 a gallon, while heating oil was little changed at $2.087 a gallon.

The commodity rallied 6.8% on Tuesday to its highest level since Dec. 30, 2016, boosted by forecasts that call for frigid temperatures again in parts of the U.S. during early February.