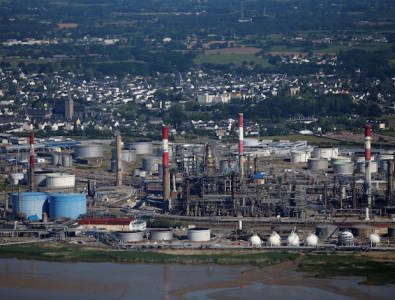 The U.S. West Texas Intermediate crude August contract dropped 0.20% to $45.99 a barrel. Elsewhere, on the ICE Futures Exchange in London, Brent oil for September delivery was last quoted down 0.14% to $48.35 a barrel.

The slight losses on Friday morning in Asia have done little to cap one of the best weeks for oil in months. Oil prices have been depressed for some three years now, but reports earlier this week of dropping stocks in the U.S. and the possibility of extending an OPEC production cap to members Nigeria and Libya helped shore up markets.

Oil started rising on Tuesday after reports that stockpiles in the main delivery point for West Texas Intermediate crude in Oklahoma, U.S., had dropped 2.1 million barrels in the week to July 7. Oil rose on again on Wednesday after the US Energy Information Administration (EIA) reported a drop in crude supplies of 7.6 million barrels for the week to July 7. The drop was about three times higher than expected and a bit less than the 8.1 million barrel reported by the American Petroleum Institute (API) the day before.

Nigeria reported on late Thursday that it would limit its output of crude when production after output stabilizes at 1.8 million barrels per day. Nigerian crude output in May hit 1.733 million bpd and June production is expected to be close to the target.

China reported a surprise jump in both exports and imports on Thursday. With stronger global demand lifting exports 11.3% year-on-year, up from 8.7% growth in May. Imports rose 17.2%.

The increases in imports out of China have extended to oil. Chinese customs reported Thursday that the country imported 8.55 million barrels of oil per day in the first half of 2017, an increase of 13.8%. Imports from refiners along increased 15.4% year on year in May to 273 million barrels. China is the second largest consumer of oil in the world.