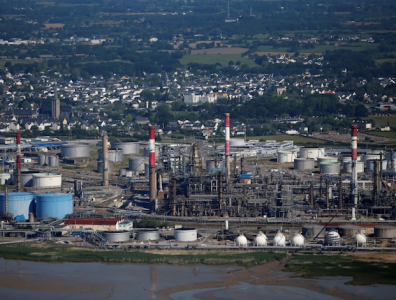 Elsewhere, Brent oil for February delivery on the ICE Futures Exchange in London was little changed at $63.32 a barrel.

Ongoing supply disruptions from the Forties pipeline in the North Sea continued to lend support to the commodity on Friday.

The commodity also remained buoyed after OPEC revealed in its monthly report that production in November, fell by 133,000 bpd to 32.5 million bpd but revised upward its 2018 forecast for non-OPEC output.

Also weighing on crude prices was a rise in production to record highs as data showed weekly U.S. crude production jumped by 73,000 barrels a day to 9.78 million barrels per day (bpd), bringing output close to levels of top producers Russia and Saudi Arabia.

Fears that rising U.S. output would dampen OPEC’s efforts to rid the market of excess supplies have been recently weighing on sentiment, according to market participants.

The producer group, along with some non-OPEC members led by Russia, agreed last week to extend current oil output cuts for a further nine months until the end of 2018.

Elsewhere, gasoline futures were little changed at $1.678 a gallon, while natural gas futures were steady at $2.684 per million British thermal units.