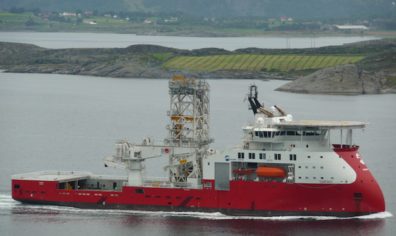 STAVANGER, December 18, 2015 – Statoil has cancelled a drillship contract with Transocean six months before its expiration due to a lack of additional work for the vessel, the Norwegian operator announced Thursday.

The vessel, Discoverer Americas, had been contracted by the company since 2009 and had drilled in deepwater and ultra-deepwater blocks in Tanzania, Egypt and the Gulf of Mexico. Statoil had suspended another rig contract in November four months early due to over-capacity.

The rig’s day rate was USD 590,000, and it was stationed in the US Gulf of Mexico most recently. Offshore rig owners are losing much-needed revenue as oil and gas companies cut expenses to survive the current period of low oil prices.

The sustained oil price slump since mid-2015 has led Statoil to shrink its investment budget. The company announced in June that it would cut 1,500 jobs to reduce operational costs by USD 1.7 billion.