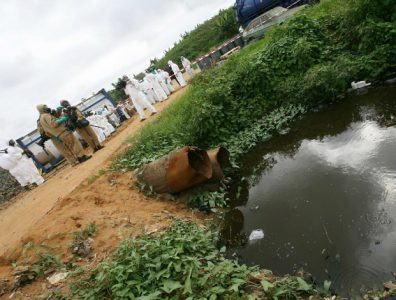 AMSTERDAM, March 2, 2016 – Dutch multinational commodity trader Trafigura has to appear before an Amsterdam court over its involvement in dumping toxic waste in Côte d’Ivoire, a Dutch lawyer said on Tuesday.

An unknown number of Ivorians, united under the umbrella of Victimes des Déchets Toxiques Côte d’Ivoire, had filed the suit. Bojan Dekker said as many as 70,000 have gone without compensation for the 2006 dumping of 500 tonnes of toxic waste near the city of Abidjan. While the company has since maintained it had no knowledge that the substances it carried aboard the Probo Koala vessel were not disposed of properly, it paid USD 198 million in 2007 for cleanup work.

The toxic waste caused the death of 17 people, affecting around 30,000 others. Injuries included headaches and burns of skin and lungs. In 2009, Trafigura paid out EUR 33 million to the victims.

Supplying crude oil, LPG and petroleum products, among other commodities, Trafigura ranks among the top traders in the world.

Russian majors back output freeze
Next

Petrobras to cut back on investments