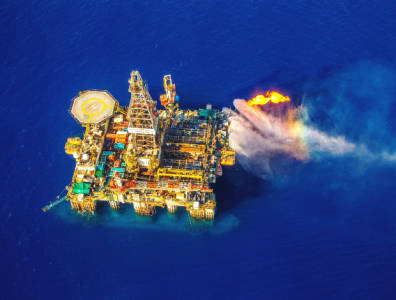 ISTANBUL, April 8, 2017 – Qatar Petroleum’s (QP) decision to lift the self-imposed moratorium on the development of the North Field dominated the oil and gas headlines last week. However, the past week also marked the loading of the world’s first cargo produced from a floating liquefied natural gas (FLNG) production unit.

Malaysia’s Petronas on Monday it had loaded the shipment on April 1 from the Satu FLNG off the coast of Bintulu in the east of the country onto LNG carrier Seri Camellia, the company said in a statement.

QP in the place to be
Qatar’s offshore North Field contains almost all of the country’s 24.5 tcm (865 tcf) gas reserves, making it the world’s largest non-associated gasfield.

“We have completed most of our projects and now is a good time to lift the moratorium,” Al Kaabi said on Monday.

“The decision today was based on results from tests we ran on the technical capability of the field. The area we are developing is in the absolute south of the north field. It is the furthest project from the Iranian border,’ he added.

QP is targeting an 10% hike in North Field output, the equivalent of some 400,000 boepd, within the next 5-7 years. The field currently produces 594 mcm (21 bcf) of natural gas per day, Al Kaabi said. Exports from the North Field are to be increased by an additional 56.6 mcm (2 bcf) per day.

Iran is working on developing the field, known as South Pars, with France’s Total. Yet, according to Al Kaabi, Monday’s decision was not prompted by planned activity across the maritime border.

“What we are doing today is something completely new and we will in future of course […] share all this with them [Iran]. For us this has nothing to do with Iran’s production,” he was quoted as saying.

Later in the week QP, with a signing ceremony on Cyprus on Wednesday alongside partners ExxonMobil, also kicked off a drilling campaign along the island’s southern coast.

The deal with Cyprus will see the two majors drill an exploration well on Block 10 in the first half of 2018. The ExxonMobil-QP partnership came out on top for the block following the December 2016 third offshore bidding round.

The two majors will team up in blocks 6 and 11, while Eni will explore Block 8 alone. The licenses were awarded at the third offshore bidding round in December 2016.

At the signing ceremony for the exploration and production-sharing contracts for the offshore acreage, Total expressed an eagerness to start operations.

To cap or not to cap
Iraq remains committed to full compliance with the November 2016 agreement to cap oil production, OPEC Secretary General Mohammed Barkindo reported on Sunday.

Citing “very constructive” talks with Iraqi Prime Minister Haider Al Abadi on Saturday, Barkindo said the stance of Iraq and that of many other OPEC and non-OPEC members was “encouraging.”

Also speaking on Sunday, Minister of Oil Jaber Al Luaibi on the other hand said that the country was planning to ramp up production to 5 million bopd before year-end 2017.

Oman, however, will cap its output at 970,000 bopd instead of 1 million as previously planned if producers extend the oil production cut deal set to expire in July, a top energy official said on Monday.

“We support any initiative that will lift oil prices. If that means extending the current agreement beyond the first six months, we will not block it,” Salim Bin Nasser Al Aufi, Undersecretary at the Ministry of Oil and Gas, said at a media briefing attended by TOGY.

“However, we need to know the details – how long it is going to continue,” he added.

Divestments
BP will sell its Forties Pipeline System (FPS), including both on- and offshore conduits, to chemicals company INEOS, the super-major announced on Monday.

INEOS will pay USD 125 million in cash, followed another USD 125 million spread out over a period of seven years. In addition to the 36-inch Cruden-Bay-to-Kinneil land-line, the transaction also covers the unmanned Forties platform, pumping stations, storage facilities, terminals and jetties, among other infrastructure.

Expected to close in the first quarter of 2018, the transaction is valued at USD 150.3 million. Shell staff in Hong Kong and Macau will be granted the opportunity to transfer to DCC Energy, the company wrote in a press release.

Through a brand-license agreement with DCC Energy, Shell intents to maintain its visibility in the mentioned markets.

Shell said on Thursday it would sell its 50% share in the Kapuni gasfield in New Zealand to Todd Energy for an undisclosed price.

The two companies have been partners in the field in question since 1955, Shell said in a press release.

Nigeria developments
Exploration and production company Lekoil on Monday announced the signing of an MoU with GE Oil & Gas for investment in the Ogo field development plan.

To be carried out on Nigeria’s oil production licence OPL 310, the Ogo field development programme is estimated to cost USD 1 billion, divided into USD 400 million for oil and USD 600 million for bringing the field’s gas resources on line.

While Lekoil did not disclose the level of GE’s possible funding, it did say the company would be able to “leverage” GE equipment and technical knowhow. Should the appraisal campaign be successful, GE will be entitled to a share of cash flow from the field.

In related news, Nigeria’s indigenous producers are targeting a 60% increase in combined production by year-end 2018, local media reported on Tuesday.

Citing comments from close to 20 Nigerian operators, news outlets reported on plans to grow collective domestic output from 313,602 bopd at present to 500,000 bopd over the next 20 months.

According to a statement by Aiteo, with 77,000 bopd one of the largest indigenous producers, Nigeria has the potential to make it into the global top 10 in terms of production.

She is charged with money-laundering ahead of the March 2015 elections, with the prosecuting alleging she paid bribes to the tune of USD 1.4 million. Alison-Madueke served until May 2015.