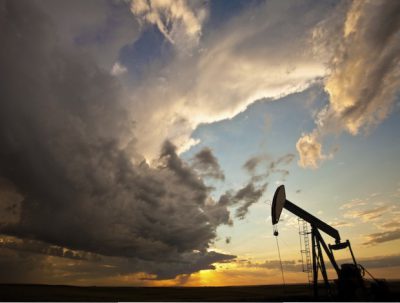 ABU DHABI, February 10, 2017 – TOGY’s coverage of the global oil and gas industry was highlighted by the response to new sanctions on Iran imposed by the Trump administration, recent discoveries as well as year-end and Q4 financial releases from major oil companies, such as Total, Statoil, BP and Maersk.

US companies will not be able to enter Iran’s oil and gas market under the new sanctions imposed by the Trump administration, a senior Iranian official has said. Amir Hossein Zamaninia, deputy oil minister for trade and international affairs, told state news agency IRNA that although Iran is imposing no restrictions on US firms, the sanctions would bar them from participating. “Based on the US Congress [sic] sanctions, the American oil companies cannot work in Iran,” he said on Monday.

Additionally, political strife was felt in Angola on Tuesday, days after Angola’s long-serving president José Eduardo dos Santos announced that he would stand down this summer. Rebels called for the oil-rich Cabinda region to boycott the August election. “The Front for the Liberation of the Enclave of Cabinda (FLEC) does not accept the permanence of a foreign power on our territory, but does not want to interfere in the internal affairs of Angola,” FLEC told Reuters in a statement.

Iran discovered 15 billion barrels of oil, a top official at the national oil company said on Saturday. Ali Kardor, managing director of the National Iranian Oil Company, announced the new finds, saying that a projected 2 billion barrels were recoverable. He also said 1.8 tcm (63.6 tcf) of natural gas had been discovered, with around half of this recoverable. Details on the timing and location of the find, or finds, were not given.

On Monday, GeoPark announced two oil discoveries in its LLA-34 block in Colombia. The Chiricoca-1 exploration well, targeting the Mirador formation, reached 34-degree-API oil at a depth of nearly 3,650 metres. A production test with the use of an electric submersible pump showed a flow rate of 1,000 bopd at 2.34 bar through a 33/64-millimetre choke hole. The water cut is around 9%.

Norway’s Statoil posted a fourth-quarter loss of almost USD 1.9 billion on Tuesday, as necessary long-term price adjustments resulted in an impairment charge of USD 2.3 billion. Net operating loss over the last three months of the year was recorded at USD 1.897 billion, compared with a quarterly profit of USD 152 million in 2015. Adjusted earnings were down 6% year-on-year to USD 1.66 billion.

Maersk Group posted its financial results for the fourth quarter and full-year 2016 on Wednesday, with the energy business delivering mixed results. Maersk Oil returned to black, recording a profit of USD 477 million over the whole of last year. The results saw the division recover from a USD 2.15-billion loss in 2015. Over Q4 2016, Maersk Oil made a profit of USD 230 million.

Total posted a 22% increase in full-year income to USD 6.2 billion on Thursday, outperforming many of its super-major rivals. The French company’s earnings over Q4 2016 came out at USD 548 million, overcoming a loss of USD 1.6 billion in the same period one year earlier. Sales, however, went down almost 11% from USD 165.4 billion to USD 147.7 billion.