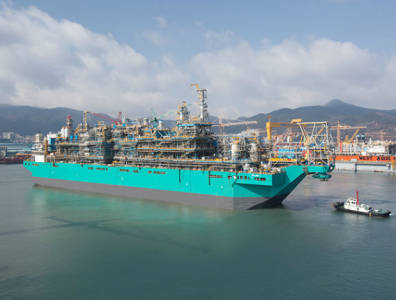 Malaysia up on OPEC deal

“In view that sentiment may persist, due to news flows from Russia and non-OPEC countries in support of OPEC’s recent move, we view that beaten-down oil and gas stocks will rally on a technical basis,” brokerage UOB Kay-Hian told journalists in a note, quoted by Nikkei. “However in terms of earnings, the service players will still see poor visibility for the next few quarters.”

The upbeat news came even as neighbouring Indonesia confirmed that it was quitting OPEC to avoid cutting its oil production, a move that further rocked confidence that the deal would be implemented properly among energy analysts, who have been vocal about their doubts for months.

Days earlier, on November 14, the country’s state oil company, Petronas, announced it had achieved first gas at the Kanowit field offshore Sarawak. It is one of the world’s first FLNG projects spearheaded by the PFLNG Satu, international media reported. The ship, which features an external turret that can reach depths of some 70-200 metres and a flexible subsea pipeline, has been specially designed to last up to 20 years without dry-docking.

Malaysia has seen a flurry of offshore activity in recent months. In June, Petronas and partners Shell and ConocoPhillips commissioned a 27,500-tonne tension leg platform at the Malikai deepwater field some 100 kilometres offshore Sabah, believed to be the first such facility to be used outside the Gulf of Mexico. First oil there is expected in 2017.