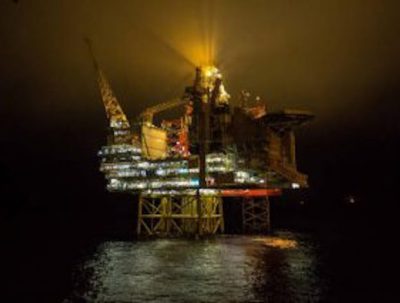 Oil down on global recovery fears

LONDON, September 24, 2020 – Oil was down on Thursday morning in Asia after poor EU economic data and a lower-than-expected US demand. Fears of a second wave of COVID-19 in Europe also dampened investors’ enthusiasm.

The EU released purchasing manager index data that gives rise to serious worries about the region’s recovery prospects, with the services index falling through the 50-mark separating growth from contraction. Concerns over US economic recovery prospects also dampened investor interest after the US Federal Reserve officials and heads of state reserve banks warned that more federal support measures were needed. The US Congress has yet to make a decision on a stimulus package.

The US Energy Information Administration (EIA) released figures on Wednesday showing a lower-than-expected draw of 1.639 million barrels for the week to Sep. 18, against a forecast 2.325 million-barrel draw. US demand for gasoline was down 9% on this time last year. The American Petroleum Institute (API) recorded a 691,000-barrel draw on Tuesday.

In Europe, fears of what appears to be a second wave of COVID-19 beginning in some countries, raised further demand concerns. Investors are looking to Germany’s Ifo survey, due out later today, for information on the state of the EU’s major economy.

“We have a very serious situation unfolding before us,” said Dr Hans Kluge, the World Health Organization’s regional director for Europe, on Thursday as he revealed that Europe’s number of weekly infections was higher now than at the first peak in March.

Oversupply from Libyan oil coming onto the market is also a concern for oil prices, though it is uncertain as to when Libya’s National Oil Company (NOC) will be bringing its supply onstream. The NOC has said that it will look to bring output to 260,000 barrels per day (bpd) by next week.