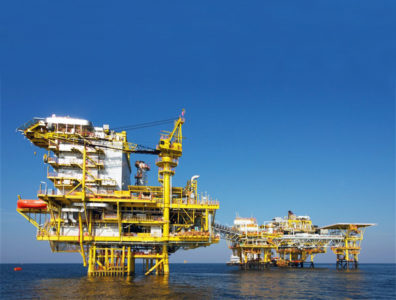 LONDON, March 9, 2021 – Oil was up Tuesday morning in Asia, with Monday’s most recent rally running out of steam as the dollar strengthened and made commodities priced in the currency more expensive.

Investors heaved a sigh of relief after Saudi Arabia said that Sunday’s attack on a storage tank farm at the Ras Tanura terminal was successfully intercepted and there was no immediate impact on oil output.

The attack by Yemeni Houthi rebels on the terminal, which is capable of exporting about 6.5 million barrels a day, was the most serious in the world’s top oil exporter since September 2019, when a key processing facility and two oil fields came under attack.

“There was a big ripper … but the fundamentals that got it there evaporated in the face of a successful defense,” Bob Yawger, head of the futures division at Mizuho Securities, told Bloomberg.

The Organization of the Petroleum Exporting Countries and allies (OPEC+)’s decision during the past week to keep production limits unchanged helped the black liquid to surge more than 30% in 2021, alongside recovering fuel demand as countries slowly recover from Covid-19. Forward oil prices also indicate further strengthening, with the Brent strip for 2022 near its highest since July 2019.

In the US, the recovery from February’s cold snap that hit Texas and the surrounding areas continues. Seven of 18 refineries, representing over 2 million barrels a day of crude processing capacity, returned to normal operations as of Monday.

US physical oil prices also continued their recovery, with Mars Blend trading in March 2021 at the largest premium to Nymex oil futures in nearly three weeks.

Investors now await US crude oil supply data from the American Petroleum Institute, due later in the day.

In Asia, refiners warned that crude’s venture upwards of $70 earlier Monday could hurt demand and undercut still-tight processing margins thanks to increased volatility. Saudi Arabia has also increased official selling prices for buyers in the region from April onwards.

Attack on critical Saudi facility pushes oil past $70
Next

H2Pro to make green hydrogen for $1 per kg