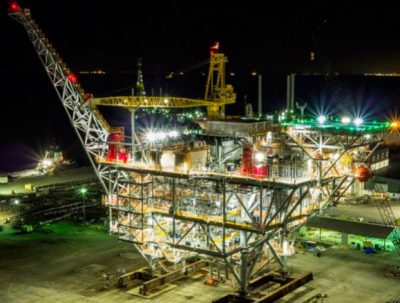 LONDON, February 28, 2017 – BP on Tuesday unveiled its plans for the next five years, which centres on the ramp-up of high-margin upstream projects and continued emphasis on downstream growth.

BP aims to start up seven major upstream projects this year. These endeavours, combined with the six that came on stream in 2016, are expected to add 500,000 boepd in production capacity. By 2020, this figure is projected to reach 800,000 boepd.

Among the projects coming online beyond 2017 are the Atoll phase 1 project in Egypt and the Clair Ridge North Sea work, both slated for 2018. The Constellation project in the US Gulf of Mexico, the Culzean development in the North Sea, the Western Flank B LNG endeavour in Australia and Egypt’s West Nile Delta project are scheduled for 2019.

The year after that should see the start-up of Mad Dog Phase two, a project with BHP Billiton and Chevron in the Gulf of Mexico, and the ramp-up of the expanded Tangguh LNG facility in Indonesia.

In its statement on Tuesday, BP said it expects the new projects “to have operating cash margins 35% higher than the average of BP’s Upstream portfolio in 2015.”

Projecting an average price per barrel of USD 55, the company hopes the upstream unit can generate as much as USD 14 billion in pre-tax cash flow by 2021. For its downstream division, BP is aiming for USD 9-10 billion by that time.

It is also working to increase underlying earnings from petrochemicals manufacturing by USD 2.5 billion from 2014 levels and up the earnings from downstream marketing by more than USD 3 million.

Looking back, chief executive Bob Dudley said the past six years had been about reshaping the company. “We are now stronger and more focused – fully competitive and fit for a fast-changing future,” he said.

“We have proven financial discipline, clear plans in action and have built a distinctive portfolio which gives us a strong platform for growth, now and into the future. Striking a balance between short and long-term value, our recent acquisitions and agreements have strengthened this even further,” Dudley also said, adding that the company’s motto would be “getting back to growth.”